For elite athletes honing their skills and strength to become the fastest sprint paddlers in Canada.

High Performance athletes train year-round to develop the physical, technical, and mental skills required for our sport. Training is highly individualized and modifications to the standard group schedule to meet the specific needs of individuals are frequent. Maskwa’s High Performance group takes advantage of access to resources like sports psychologists, nutritionists, strength and conditioning experts, and elite guest coaches to help athletes reach their full potential.

The High Performance paddling program is an invitation-only year-round program for athletes training to be the best in Canada and the world. High Performance athletes seek to train and perform at the maximum of their potential and attendance at all practices, competitions, and camps is needed to reach these goals.

Maskwa will enforce and comply with all required public health measures.

The High Performance Group trains in the morning before school, in the afternoon, and Saturday mornings. Generally, training times are mornings 6:15-7:30AM, afternoons 4:15-6:00PM, and Saturdays 9-11:30AM but a specific schedule will be sent each weekend for the following week. Usually there are one or two “OFF” session per week to allow for adequate recovery.

High Performance paddlers are usually on water from April-November and cross-train from December through February. Our off-water programming includes weight training, running, swimming, yoga, technical work and analysis, soccer, cross-country skiing, and much more. The group generally participates in a Spring Florida training camp each March. Details will be available in early Fall.

Begins September 6, 2021. Total program cost is $2600.00, which is inclusive of all fees (including boat storage, as well as the 2022 Summer Paddling Program fee).Siblings both registered in year-round programs receive a discount: the second child (and any subsequent siblings) will receive a 10% discount off the base program fee. After registering, please notify the Club Manager (info@maskwa.ca) that you qualify for the sibling discount and it will be provided to you.

High Performance is an invitation-only program. Registration takes place annually at the end of August, for the upcoming training year (September – August).

Participants of the High Performance program may withdraw from the program at any time by notifying the Club Manager via email at info@maskwa.ca. All refunds will be subject to a $260.00 early withdrawal fee. Those who have paid in full for the year will also be prorated based on length of attendance in the program. All participants who withdraw early also lose their guaranteed spot in  the 2022 Summer Paddling program, and will need to register and pay separately for Summer Paddling. No refunds will be issued if a participant is required to leave as the result of a conduct concern.

No matter what level you’re competing at – from Kearney Lake to World Juniors or National Team Trials – the Maskwa Code of Conduct board member is here for you.

Athletes should have a safe and respectful environment to train and compete in. For any athlete that would like to report or inquire about any issues you’re having (at any level) please reach out to our confidential Code of Conduct board member to discuss your issues. – 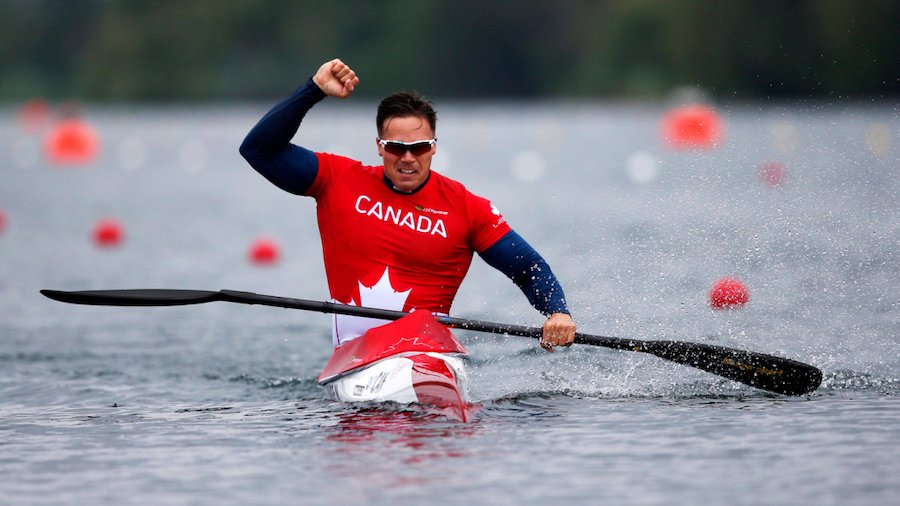 Mark de Jonge’s first goal in sprint kayak is to stay upright. Our new paddlers know that exact same feeling! Nearly 2 decades later Mark is one of the best sprint paddlers in the world.

Coming from Maskwa Aquatic Club Mark won his first ICF World Cup medal in 2011 and captured bronze in his Olympic debut in London 2012. Since then Mark has captured many more international medals.

In September 2020 Mark’s sister suffered a terrible accident while bike riding with her young family. The spinal cord injury left her paralyzed below the chest.

Our paddling club is not just a club. We’re a family and rallying around to help raise funds to help their family’s financial burden.

As a non-for-profit organization and one of the largest paddling clubs in Canada there is always a need for funding for new equipment, events, and special projects. You can help us provide the best possible program experience for our 400+ members and their families by becoming a sponsor.  Sponsorships are welcomed by individual, small business, and corporate donors.